Ethiopia’s capital hosts Oromo Irrecha festival. Ethiopia’s capital Addis Ababa will on Saturday host the annual Irrecha thanksgiving festival, that is expected to bring together millions of Oromos from all over the country.

The country’s prime minister, biy Ahmed, urged all Ethiopians to celebrate the festival as a symbol of peace and unity.

Abiy said he believes Irrecha can help strengthen harmony and unity among nations, nationalities, and people of Ethiopia.
Oromos, who are the largest ethnic group in the country, are reported to be gathering in the city dressed in black, red and white traditional regalia. This is the first time the festival is being held in the capital, in over a century.

The Oromia region lies south of the Ethiopian capital Addis Ababa and the Oromos have previously clashed with the federal government over control of the capital.

The US embassy in Ethiopia last month issued a security alert to its citizens over this festival, urging them to “reconsider travelling” to the city or “avoid large gatherings” if they were already in Addis Ababa.

The Oromo people celebrate Irrecha to thank God for the blessings bestowed upon them throughout the previous year.

The festival also welcomes the new season with a hope for bounty harvests, following the rainy season.

Irrecha festivals bring together friends, family, relatives and tourists to a celebration of joy and happiness. 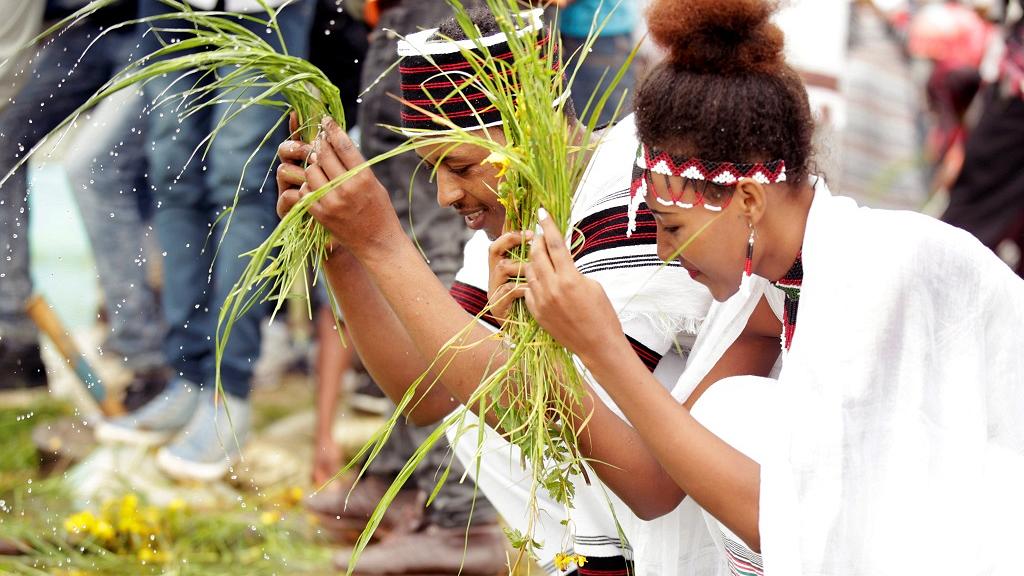